Headworks International Once Again Honored for its Diversity 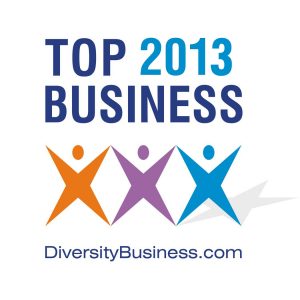 The nation’s leading multicultural business website, DiversityBusiness.com has ranked Headworks® International for the 9th consecutive year, as a top business for both national and local honors. The Div500 is an annual listing of the nation’s top 500 women-owned businesses whose revenue size ranges from $5 million to over $1 billion. These companies continue to blaze a trail and confront the long-held notion that women-owned businesses are small or insignificant.

“Small businesses are a growing force in the U.S. economy, and a force to be reckoned with,” said Kenton Clarke, CEO of Computer Consulting Associates International, the company that built DiversityBusiness.com. “It’s no longer only about the Fortune 1000. This is a whole business segment that can carry its own, that provides jobs, products and services, and generates wealth for their communities. These are the new leaders in American business.”

The “Top Businesses in America” program was established by DiversityBusiness.com as part of its ongoing commitment to remain in the forefront in championing the entrepreneurial spirit. The “Top Businesses in America” program recognizes and honors individuals who have established themselves as a world-class community of entrepreneurs that continue to transform the way we live and move our economy forward. The businesses are selected for the awards based on a selection committee which evaluates the eligibility for all submissions in each award category. The selection committee based their decision on an extensive set of criteria which includes: reviewing each entrant’s business profile, website, and gross annual sales submitted.

The 13th Annual National Business Conference and Awards Ceremony hosted by DiversityBusiness.com will be held at Wynn Resort in Las Vegas, Nevada and attendance is expected to include over 1000 of America’s Top Business Owners and Top Fortune 500 companies. There will be a special awards ceremony to honor Headworks International and the other businesses on April 24-26, 2013.

Michele LaNoue, CEO of Headworks stated, “These awards are significant to all of us and serve to underline the success of our commitment to maintaining a diverse team bringing new ideas to our business and our customers from their varied perspectives. At Headworks, we strive to break boundaries and defy expectations and our diversity hiring program is one of the keys to accomplishing that every day worldwide.”

About Headworks
Headworks International, Inc. is a leading provider of advanced wastewater treatment processes and equipment for municipal and industrial facilities globally.

For over 20 years, Headworks has been engaged in the design and manufacture of highly robust screens and screenings handling equipment, which are used to remove debris from wastewater during the preliminary treatment phase. With its patented self-cleaning mechanism and proven reliability, Headworks is the market leader in bespoke, large screen applications.

Headquartered in Houston, Texas, Headworks has sales and engineering offices in Canada, the Middle East and India, and has over 1,100 installations in more than 20 countries around the world.

About DiversityBusiness.com
Launched in 1999, DiversityBusiness is the largest organization of diversity-owned businesses throughout the United States that provide goods and services to Fortune 1000 companies, government agencies, and colleges and universities. It also produces the country’s largest conference on diversity education and training for major corporations and small business. Its research on top businesses appears in Fortune, Forbes, and numerous magazines and media publications.